Well it has been a pretty good week. We are searching hard for them elect and knocking doors like crazy. To be honest, it's been a little tough.  We still haven't met anyone that has lots of interest in hearing our message. There was one family we met last week.  I think I told a story about them, but they are super hard to find cuz they work until late at night. We have been teaching this old couple that have recently been activated and they are awesome.  They both have gotten their callings in church and this week we taught them about the temple and sealings.  They have made goals to go to the temple and they are super excited to be sealed for the eternities.

This week I was able to be reunited with my good old bud Diego from Las Brisas. He's a cool kid that always taught with us in the Brisas and we became really good friends. Well he heard that I'm back in town so he called us up and came with us to visit one day this week. It was awesome seeing him and hows he's progressed.  He will be going on a mish in about 6 months.

Tuesday we went to a meeting of trainers and got to hear some inspirational words of President. Well I'm trying to think of things to say hhahaha   uhhhh.......

We are also teaching this couple, Piero and Liz.  They have two kids and having been listening to the missionaries for almost a year.  They have the desire to be baptized but they aren't married and have a few other problems but they are  great examples to me.  They have a great testimony of the Book of Mormon and read it every day.  They say it's a page turner and sometimes they can't put it down, and whenever we teach them principles about the gospel they always relate it to what they are reading in the Book of Mormon and recite verses.  They are a great example of how to love the scriptures and apply them in our daily life.

Well my area is like half filthy rich and half poor and dangerous.  The sisters were robbed in the streets in the poor part but I'm a little familiar with the poorer part cuz it limits with the Brisas.  This week we spent two hours in the rich part contacting and we were treated like dirt.  I know I shouldn't be racist but I prefer the humble people haha.  But I know that there are good people everywhere and the Lord is preparing their hearts to hear the gospel. Well until next week. 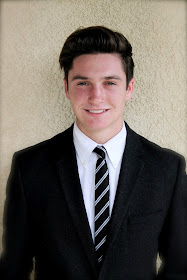 Postage for a typical sized letter 1 oz or less cost $1.15. Add .83 cents for each additional ounce.

Where is Baylor Now? 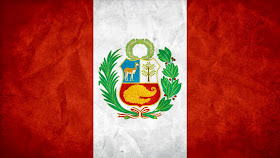 DAYS SPENT IN THE MISSION